Designing to Match the Home 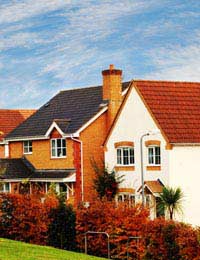 In many cases a well-designed extension can increase the value of a home, particularly if the extra room it gives to the property can lift it into another price bracket, such as adding a bedroom. But to get the maximum value increase from any extension, it's imperative to make it look like an integral part of the home, as though the house was built that way in the first place.

This will not only please you and your future buyers but also enhance the look of the street as a whole. This is all part of increasing the kerb appeal, which creates a positive feeling in buyers' minds before they’ve even stepped over the threshold. The keys to building an extension that's in keeping are in the design and materials that you choose.

Look at the existing property carefully and see where you can carry on the same lines and proportions. Take into consideration the roof style and angles, and the size and type of tiling used. Do the same with window sizes and proportions, the distances between them, and their distance up from the ground and down from the roof. Re-using all the same dimensions and proportions will help make the new part match with the old.

Roofs are critical. It's worth spending the money on a pitched roof that matches the existing one, particularly if your extension is to the side of the property and will therefore form part of the frontage. Building a room over an attached garage is a good example of this, where a flat roof should be avoided at all costs.

A flat roof on a single-storey extension is often chosen as it's the cheapest option. If it's at the rear of the house, hidden from view, with buyers only seeing it after they have seen the internal space it delivers, then the impact may not be so bad. But consider whether or not the extra cost of a pitched roof might be worth it in the end before deciding to go for a flat roof.

Using the same or complementary materials as the existing property will help the new part blend in with the old. Of course, with bricks, the existing ones will have aged, so even if you are able to get the exact match of manufacturer and model, the new bricks will be brighter than the old for some time.

One giveaway on a brick-built extension is at the join to the house, particularly if the new bricks have been butted up against the old. This will never look right and it really is worthwhile chasing out half bricks in the existing wall so that the brick bond (the pattern of laying the bricks) can be carried over seamlessly to the new extension. One solution that can help disguise the join between old and new, that can cater for both the problems described above, is to plant a non-destructive climber, such as a vine, that will eventually grow to cover the join.

This solution might not work with a much older property, where even if you match the materials there's no way that new stone is going to look the same as stone that has been there for a hundred years or more, at least not until a few more centuries have passed. One trick to help the aging process is to flick yoghurt at the new stone. This encourages algal growth which covers the new stone to help it look older.

Get the Details Right Too

The devil is in the detail, of course. Once the basics are in place, look at architectural detailing such as soffits, any bargeboard decoration, even the colour and materials used for gutters and drainpipes. Getting all this to match will help the extension blend with the rest of the property and make the addition a real enhancement to the house and the rest of the street.