Obtaining Quotes and Estimates For Your Extension Build 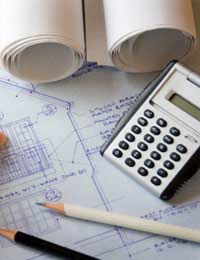 Before you engage any builders, tradesmen or other contractors on your home extension project, you should have agreement over how much they are going to charge you, by obtaining a quote or an estimate. Which are two words that mean pretty much the same thing, right?

Wrong. A quotation (to give it its full name) and an estimate are slightly, but crucially different in law and it's a distinction that it's important to understand, as it will help if things go wrong later on in the build.

A quotation is an offer that is fixed in price, and the supplier cannot change it after the customer has accepted it. The quote should be very detailed and specific in describing the job, breaking it down into components. This obviously offers the best protection for you, the customer, as the supplier must honour the price on the quotation, even if something turns up that makes the job take longer, or require more supplies than anticipated.

But, for the very same reason, builders and other construction contractors will generally shy away from giving a quotation, as so often there are things on a job that they cannot control. For example, there may be something beneath the soil, that no-one can see until the digging starts, that causes problems with laying foundations, or the weather may delay putting a roof on.

It is possible to put caveats in the quote, to specify which parts of the quote are fixed and others that are variable. For example, where it's difficult to predict how long a job will take, the quote may specify an hourly or daily rate for the work, which then allows for flexibility with that particular task. It's up to you as the customer to accept or refuse a quote and if you refuse, then the contractor can re-quote or you can choose to use somebody else.

An estimate gives the supplier more leeway. It is less binding in law than a quotation and is effectively an educated guess at how much the job will cost. It should be broken down into individual components but not necessarily to the same degree as a quote. If the worst happens and a building project turns into a legal dispute over charges, an estimate will be much weaker evidence than a quote.

It's common on larger jobs for a contractor to prepare an estimate in the first place, before you have decided which supplier to use, and then prepare a quotation once they have been awarded the job. This is because the quotation, having to be exact, may need a lot more exploratory work in order to uncover any hidden surprises. A contractor is unlikely to put in a quotation until they are very sure that they have exposed any significant risk.

Notice that both estimates and quotations are likely to have time limits on them. This is to protect the supplier as, theoretically, a customer could bring a quote to them a number of years later, when inflation and material prices changes have significantly changed the costs that the contractor has to bear.

Despite that, without a time limit, the quotation would still be valid and they would be legally required to honour the quote. For this reason most quotes and estimates in the construction business have a time limit of between one to three months, so don’t take too long deciding who to use as you may have to go through the process all over again.